With only 3 weeks to go for International Women’s Day, I have decided to recall and salute the achievements of notable Indian and International (it’s IWD after all) women in my own little way.

Each day I will write about Indian women who have fought all odds, gained recognition through sheer hard work, challenged men in their respective fields and have won many accolades for their accomplishments.

Some of them also went diametrically against the trend and did what they felt was right! Seriously don’t you think the power of such women should be celebrated?

My posts will not only highlight the recognition part but the hardships and challenges these women had to face, before they became a known face. So here I begin with the first post in this series.

Now, where else would you find famous Indian women but in Bollywood. So that’s my starting point!:)

And yes, I do not plan to bore you with too much details and gossip. So for that you can always Google or check Wikipedia. I will only highlight trivia, some interesting aspects of these women and what I like about them.

Tidbits: Nargis Dutt was the daughter of a courtesan who began acting in films at a very early age. Several interviews suggest that she was not fond of the fact that she had to work for livelihood from a tender age. She wanted to enjoy her childhood like other common Indian girls of her age. 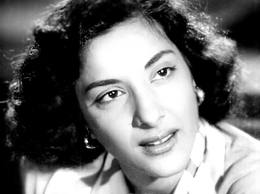 She rose to fame as a RK Heroine but had the courage to leave the hugely successful RK Films camp, when it was clear to her that she was only a successful business partner for RK, and she would not transform into Mrs. RK ever.
Her passionate relationship with Raj Kapoor(RK) transformed into a sizzling chemistry on screen, which is yet to be re-created in cinema. And it was this chemistry perhaps, that attracted crowds to the theatre, making their films super hits in no time.

And critics say, with the exit of Nargis, RK’s stint with good films (meaning sensible) ended. Later, he had to use explicit skin show to make his films tick at the BO.

Memorable for: The RK Studios emblem. The emblem is a replica of the poster of Barsaat that features her along with Raj Kapoor. 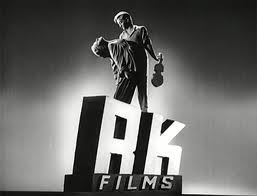 And her immaculate performance in the Oscar nominated film Mother India. After her death, a street in Bandra, Mumbai has been named in her memory. 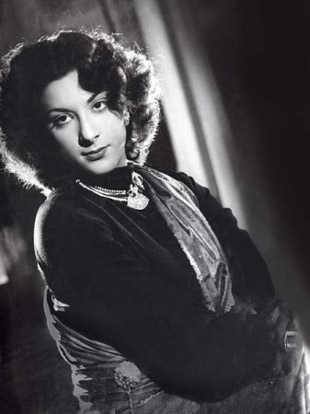 What I like about her? Her beautiful large eyes, I feel, have a lot of depth. At one moment you can feel the pain and at the other moment you could see the happiness through her expressive eyes. No other Indian actress had such expressive eyes I feel. (You raise an eyebrow and think what about the Dream Girl?
Well all I can say is Hema Malini’s eyes are only beautiful, not expressive as Nargis.) There is a 'nasha' in them, and if you look at her eyes for long, you would be totally intoxicated I bet!
Another person who has similar eyes is Ajay Devgan. Pls check yourself ;)

I also feel she displayed immense courage during her reported liaison with RK, as being an "other woman'' in those days, was a huge taboo in itself.
Also taking charge of your personal life, after her passionate relationship broke-off, (as reported it was she who proposed marriage to Sunil Dutt) instead of just resigning to fate etc, requires great maturity and courage. 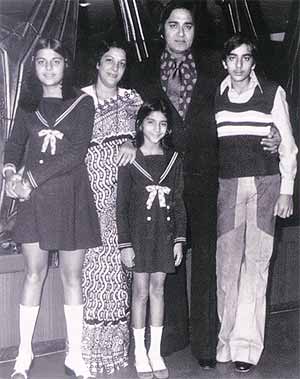 Other Achievements: After her marriage, she became deeply involved with charity and social work. She is known to have a soft corner for poor children and destitute women. Later, Nargis worked for the cause of spastic children and became the first patron of The Spastics Society of India. She was close to India's First Family of Indira Gandhi.

Critics Say: According to M.L. Dhawan from The Tribune, "In almost all her films Nargis created a woman who could be desired and deified. The charisma of Nargis’s screen image lay in that it oscillated between the simple and the chic with equal ease."

Trivia: She passed away a few days (May 3 1981) before Sanjay Dutt's debut movie Rocky premiered on May 7, 1981. A seat was left vacant for her during this premiere.